Stoicism And Minimalism – 10 Lessons From Emperor And Philosopher Marcus Aurelius

Not many ancient philosophers influence modern thinking quite like Marcus Aurelius. Roman Emperor between AD 161 and 180, Aurelius’ writings nowadays illustrate the deep-rooted connection between Stoicism and minimalism.

Marcus Aurelius never had it easy. His small stature and fragile health made him an unlikely candidate for the Roman throne and his tenure started badly.

Wars, invasions, and chronic pain nearly ended Aurelius’ reign before it had gotten off the ground. The future master of perception needed to get his focus right, or else he would be replaced.

Originally a Hellenistic school of philosophy, the birth of Stoicism is nowadays credited to Zeno of Citium who lived in the 3rd century BC.

So, what is Stoicism and how does it coincide with minimalism?

In very simple terms, Stoicism focuses on how we interpret events – not the events themselves.

In this vein, Aurelius learned how to bundle his energy in the right areas by controlling his thoughts and emotions. This is where Stoicism and minimalism go hand in hand.

His Stoic training allowed him to see each obstacle as an opportunity – forging a legacy as one of the greatest Roman emperors in the process.

Thanks to his achievements, he became known as the last of the “Five Good Emperors”.

He was preceded by Nerva, Trajan, Hadrian, and Antoninus Pius, all of whom oversaw stunning growth and prosperity.

Aside from his success at the helm of the Roman Empire, Marcus Aurelius changed the world with Meditations.

Originally meant as a series of personal notes, Meditations became the reference for Stoicism as a way of thinking.

Using Meditations as well as other historical sources, here are some of the most timeless lessons from philosopher Marcus Aurelius.

Marcus mastered the art of turning every obstacle into an opportunity. Nothing was universally negative in his mind. In this vein, every hardship has at least one positive aspect.

Utilizing this positive element – be it minuscule – is the key to creating a new opportunity. 1

Reflecting minimalism in ancient philosophy, this Stoic point is perfectly compatible with an essentialist mindset. Whatever your situation may be, look for the positives and concentrate your energy on turning them into opportunities.

You may struggle financially right now. You are forced to live in a cramped space with two roommates because NYC rents are insane. Instead of moaning your lack of space, see what you can learn from this experience.

You’ll have the opportunity to improve your organizational adroitness as well as your social skills.

Take this predicament as a chance – the chance to become better at space management and to handle different personalities in a tight area.

2. Don’t spend time worrying about what people think of you

The “philosopher king”2 was always mindful of his own impediments.

Never the healthiest, he knew that both his body and his mind had limited energy to work with. This made him wary of spending time with the wrong people.

“Your energy and time are both limited, so don’t waste them on what those inconsequential to your life are doing, thinking, and saying.”

Accordingly, our limited time and energy should be directed toward helpful, supportive, and appreciative people – not the ones holding us back.

3. Focus on the present

As Marcus says: “each of us lives only now, this brief instant. The rest has been lived already, or is impossible to see.”

This statement emphasizes the importance of the present. In this sense, Stoicism is all about training your current perceptions. Marcus goes on to state that nothing is won by separating your mind and body in time.

In simple terms: the only moment that matters is now.

The future is unknown and the past cannot be changed. Reiterated by modern business icons as well as most minimalist thinkers, Marcus’ prioritization of the present is a major aspect of both Stoicism and minimalism.

4. You are the architect of your perceptions

One of the most timeless lessons from philosopher Marcus Aurelius is the magnitude of your own perceptions.

“You have the power over your mind – not outside events. Realize this and you will find strength.”

Meditations is built on the premise that nature and the universe are fundamentally unalterable. Consequently, we as humans have no control over what happens outside of our own sphere of influence.

Outside events occur in a completely neutral way – to the universe. To us, they are either positive or negative. This is where the art of mastering your perceptions comes in.

We cannot stop negative things from happening to us – they are essentially inevitable. We can, however, train our way of dealing with them. In simple terms, we do not control events, we only control our reactions.

As an example, a breakup is always a tough situation. Let’s say you have been together with your partner for 4 years and you broke up for one reason or another.

In Marcus’ mind, the universe doesn’t care about your breakup. You might feel sadness, disappointment, or regret, but these feelings only exist in your mind.

While the Emperor doesn’t advocate suppressing all forms of emotions, he favors taming them.

In the spirit of Stoicism, your emotions should be accepted until your mind decides to overpower them.

Like many ancient philosophers, Marcus Aurelius dreaded the prospect of monotony. His whole life was a journey and he never felt complete – neither in his work nor as a person.

Written in Ancient Greek during the last 10 years of his life, Marcus’ notes were never intended to be published. He was a bit like Da Vinci in this regard.

While he knew that his teachings about Stoicism had a lot of value, he felt that his intellectual evolution was far from over.

This is why the 12 books he wrote – now compiled in Meditations – weren’t officially published until the mid-16th century.

This sense of progression fits well into minimalism and Stoicism – both philosophies require a journey.

Whether it’s the journey to a more meaningful life on your own terms or the quest to become the master of your perceptions, the importance of progress is clear.

6. Value the right things in life and your life will have value

“A person’s worth is measured by the worth of what he values.”

Stoicism and minimalism concur in many ways and especially in the context of prioritization.

If you pursue the wrong values – attention, money, or material possessions – your priorities might need a makeover. Setting the right priorities can, on the other hand, lead to permanent satisfaction.

In light of Marcus’ teachings, you have to curate your values.

By prioritizing the right things – family, friends, meaningful endeavors, and personal wellbeing – you will find satisfaction and harmony.

For a more thorough study on the importance of harmony in ancient Stoicism and modern minimalism, read The Stoic Minimalist by Jacob Martin.

When it comes to strenuous endeavors, Marcus knows what he is talking about.

“Because a thing seems difficult for you, do not think it impossible for anyone to accomplish.”

In Meditations, Aurelius constantly underlines the importance of believing in oneself.

Mind you, this was written over 2,200 years ago and it sounds like straight out of a modern self-help book. While Marcus Aurelius had to withstand invasions in every corner of the Empire, he transmitted his philosophy to the army – with resounding success.

The leading generals were constantly reminded of Marcus’ Stoic beliefs and managed to keep the Empire together – for the most part at least.3

As the Emperor always said: the fact that something seems difficult to you makes it by no means unachievable.

In this sense, the perception of adversity should be transformed into a firm belief of success.

In concrete terms, you might see a certain project – your next job assignment for example – as a difficult task.

Stop thinking about the task’s arduousness and focus your thoughts on the fact that it is – while difficult – very much doable.

8. Be grateful for what you have

Stoicism and minimalism both encourage gratitude in everyday life. Marcus always underlined the importance of recognizing your own mortality.

Memento mori – remember that you are mortal – is, in fact, one of his cardinal principles.

This emphasizes the importance of gratitude. Be grateful for what you have – it will not last. Everything is temporary and a lack of present rejoicing will lead to unhappiness.

You have, nonetheless, achieved something – even if it’s just the fact of being alive. Whatever you have, express gratitude and relish it.

While most lessons from philosopher Marcus Aurelius revolve around training your perceptions, his very simple ethos of doing good things should not be overlooked.

Marcus says this with such class that we ought to simply quote: “don’t go on discussing what a good person should be. Just be one.”

One of my favorite parts of the book, this sentence highlights the importance of simple acts of kindness.

In this respect, being kind and honest in everyday life accomplishes more than overthinking what a good person is.

Helping one or two people – even in the most banal way – is ultimately worth much more than an hour-long discussion on how to be “good”.

This strong quote accentuates the fallibility of thoughts and views. Nothing is black and white or unquestionable – there are always different sides.

The news is a classic case in point. Especially in our ultra-rapid, highly globalized world, we tend to mistake media preferences for scientific facts.

As an example: “Climate change is happening now“! You’ve probably heard and read that statement at least 5,000 times in the last 2 years.

Is that a fact? Here is one for you: climate change has been happening for thousands of years and it has been accelerating and intensifying for at least 3 decades. The first major climate treaty, the Kyoto Protocol, was signed in 1992.

The fact that most media outlets started to magnify their coverage of climate change in the last couple of years has nothing to do with science or urgency. It is a pure and simple shift of agenda.

While the phrase “climate change is happening now” is not intrinsically wrong, it doesn’t tell the wrong story – it depicts the issue from one perspective.

The correct phrase would be: “climate change has been happening for a long time but we started to talk about it now – because it fits our current agenda.” This wouldn’t make a great headline, but it would be a lot more factual.

The lesson here is the following: take every “fact” with a pinch of salt. Learn how to analyze whether something is an opinion or a real fact. The line between the two is often very thin. 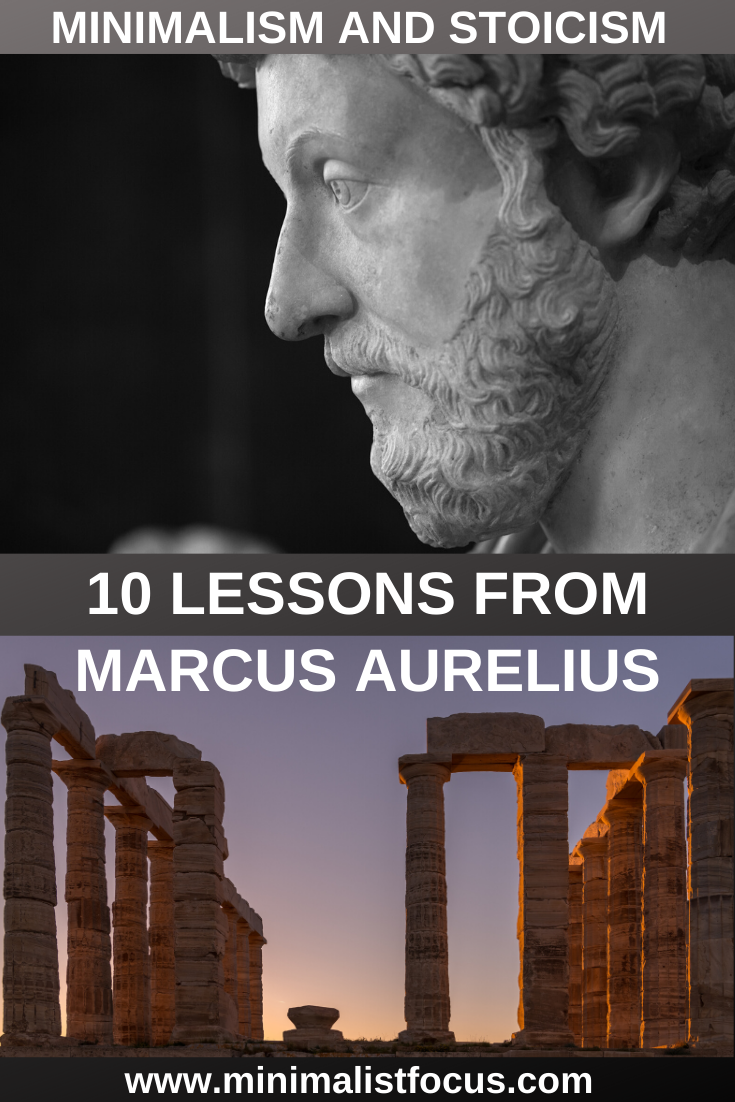