How to Adopt a Minimalist Response to Negative Events

We all know the feeling. We see or hear something and become upset. An external event alters our mood and we don’t know why. Whether its global news or local events, we adopt some kind of reaction.

Unfortunately, most reactions will not eliminate our subconscious negativity, let alone influence the incident itself. This is why we need a proper minimalist response to negative outside events.

In 2015, I was living in Paris. I studied law at the Sorbonne University and spent my weekends visiting cultural institutions, drinking in bars, and wandering the city’s picturesque streets.

One rainy Friday night in November, I took a sip of beer on one of Paris’ heated terraces and noticed something odd.

In a matter of minutes, the streets had cleared. The area around Paris’ famous Pantheon was now completely deserted, an unusual sight.

The bartender rushed over to our group and signaled us to pay and leave immediately. Typical Parisian friendliness, I thought.

When all of us gave him an incredulous look, he started shouting. Il y a des attentats! Rentrez chez vous! 20 minutes later, I was home and checked the news.

Simultaneous shootings in different concert venues, bars, and cafés had killed over 130 people. It happened while we were drinking in a bar, around 5 kilometers away.

I was flabbergasted. The whole event triggered a weird reaction in my brain. My parents called, friends from back home inquired about my wellbeing, and I got truckloads of messages.

People were worried, relieved, and scared. My reaction, however, was different.

I realized that I was lucky. The shootings had occurred in an area I had frequented a couple of weeks earlier.

On the night of the attacks, I happened to visit a bar near my apartment. This was a pure coincidence. If we had gone somewhere else, we would have been much closer to the shootings.

Instead of feeling scared or worried about future terror attacks, I had an epiphany. I have absolutely no control over outside events.

This rainy November night changed my mindset forever. I started to react differently, especially to external negativity. Without knowing it, I started to develop a minimalist response to outside events.

Out of all the people in my social circle, I had been the closest to any sort of terror attack. And yet, I had the calmest and most nuanced reaction. My reactions coincided with my minimalist mindset – I managed to identify priorities.

I understood that freaking out had no benefits. In terms of reacting, I had to prioritize calmness, moderation, and adequacy.

On this basis, here are 5 major ways to adopt a minimalist response to negative outside events. 5 Ways to adopt a minimalist response to negative outside events

A minimalist response to terrible news, worldwide challenges or other external shocks has mental and practical components. You have to calibrate your mind toward adequacy all while devising a beneficial practical reaction. Here are my 5 ways.

We live in an era of never-ending connectivity, news feeds, and misinformation. Unfortunately, many media outlets deliberately cause fear by blowing events out of proportion.

Others may be more objective, but they nonetheless instill jitters in their audience.

This is why you should cut out unnecessary information streams altogether. Whether it’s a faraway crisis or a repeating news event, following the news 24/7 will not do you any good.

Is the event happening in your back yard? No? Then you don’t need to know all of the details.

As an example, the whole world was shocked when Iran accidentally shot down a Ukrainian plane carrying mostly Canadian passengers in January 2020.

Should you completely ignore this tragic event? No. Should you, as a result of this attack, become anxious about flying? Certainly not.

A minimalist response to such an event would consist of the following: read one conclusive article from a trustworthy news source.

Next, don’t direct your attention toward a rare, unlikely, and ultimately inconsequential event.

To be clear, I mean inconsequential for 99.99 percent of the world. Tragic for the passengers and their families, impactful for Iran and certain other governments – but insignificant for most people in the world.

Another factor is the information bias that comes with most Western media outlets. Many news channels favor a certain topic at a specific point in time.

This topic may be media relevant in that particular moment, but it will stay relevant for people on the ground for much longer.

It will, nonetheless, be vacuumed out of the headlines as soon as something fresher, more dramatic comes along. World War Three ended rather quickly in the face of a global epidemic, didn’t it? 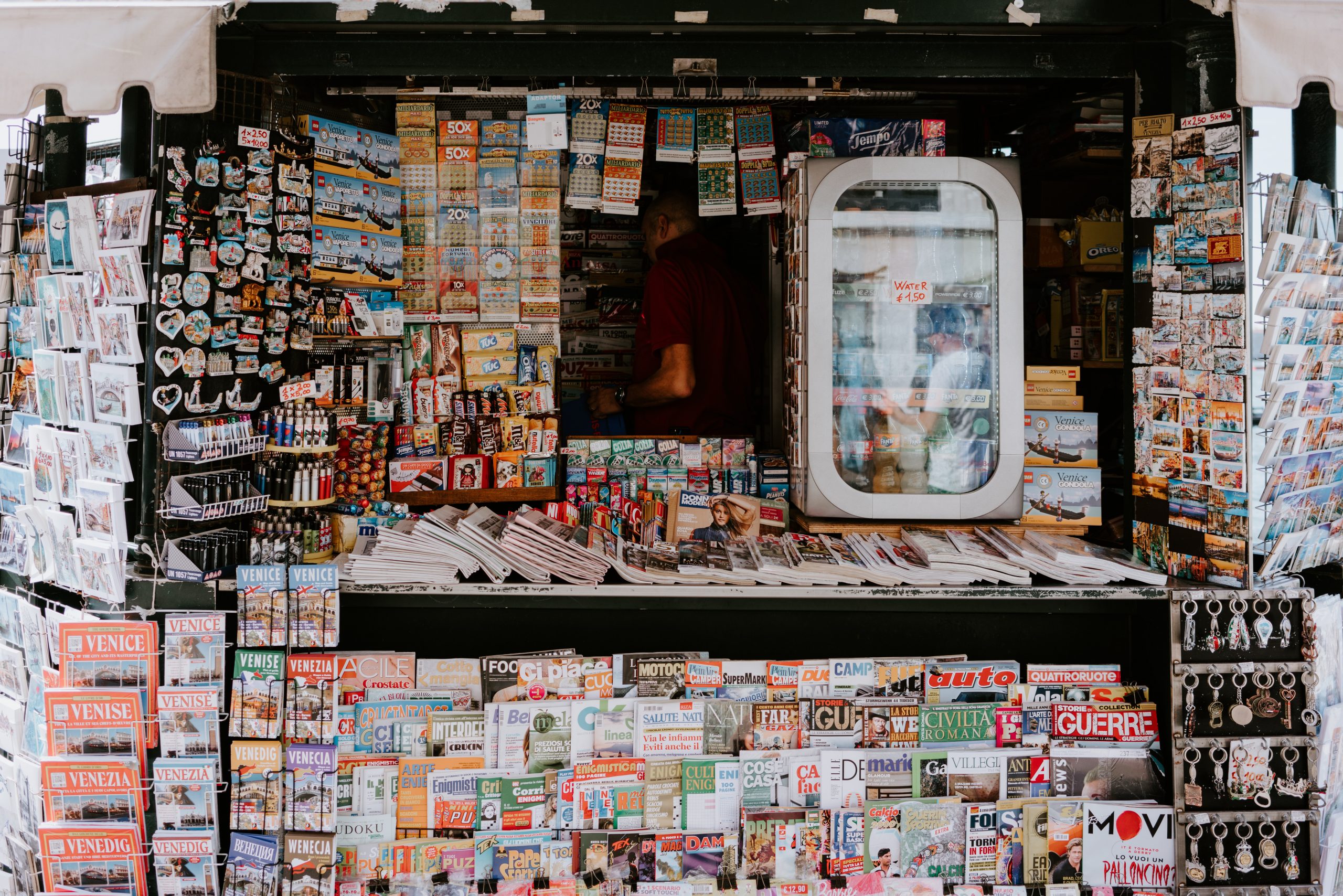 2. Measure the direct and indirect impact on your life

Ask yourself the following: will this external event have a direct or indirect impact on your life?

The day before the November 2015 Paris attacks, two suicide bombers killed 240 people in the center of Beirut. For those of you who don’t know, the capital of Lebanon is not known as a hub of stability, but it isn’t a war zone either.

Now let’s take American reactions to the Beirut and Paris attacks. Both cities are thousands of miles away, speak a different language, and have a different cultural background to the United States.

Yet most American news outlets didn’t even cover the Beirut attacks and most US citizens did not react with anger, dismay, or outrage when hearing about them.

Why did people react so differently when an attack happened in Paris? Both attacks have little to no influence on life in the United States. So why the double standards?

Because people’s responses aren’t determined by the actual impact on their life. Subconsciously, people failed to grasp the actual real-life ramifications of the Paris and Beirut attacks.

Paris is well-known and has a romantic connotation. Beirut doesn’t benefit from the same status. People reacted to the Paris attacks according to their idea of Paris, not the attack’s actual significance.

In the grand scheme of things, the Beirut attacks had more importance for ISIS’ terror breeding ground — the now-dismantled caliphate in Syria. They were also linked to an actual army on the ground.

Consequently, the effect of the Beirut attacks – in the context of a raging armed conflict – was much more tangible.

The Paris attacks, on the other hand, were carried out by European ISIS recruits who had never seen a real war.

The Syrian Army would probably have made mincemeat out of them if they happened to still be alive when Damascus took back most of the militia’s former strongholds in 2019.

Our minimalist response to negative events should not be emotional

All of these reasons should have changed the reactions toward the attacks. They didn’t. Mostly because people measure the impact of a certain event emotionally, not logically.

Emotionally, people were shocked by Paris. Logically, they should have been equally shocked by Beirut.

When it comes to forging a minimalist reaction to negative outside events, logic should be prioritized over emotion.

Find out what the impact on your life will be and see what steps you have to take in the wake of those consequences.

The repercussions can be direct or indirect. You might not be concerned by a certain terror attack. If, however, a certain airport grounds all flights as a result of it, you might have to change your travel plans.

If the backlash is zero or negligible, acknowledge the event and move on with your life, as any logical person would. 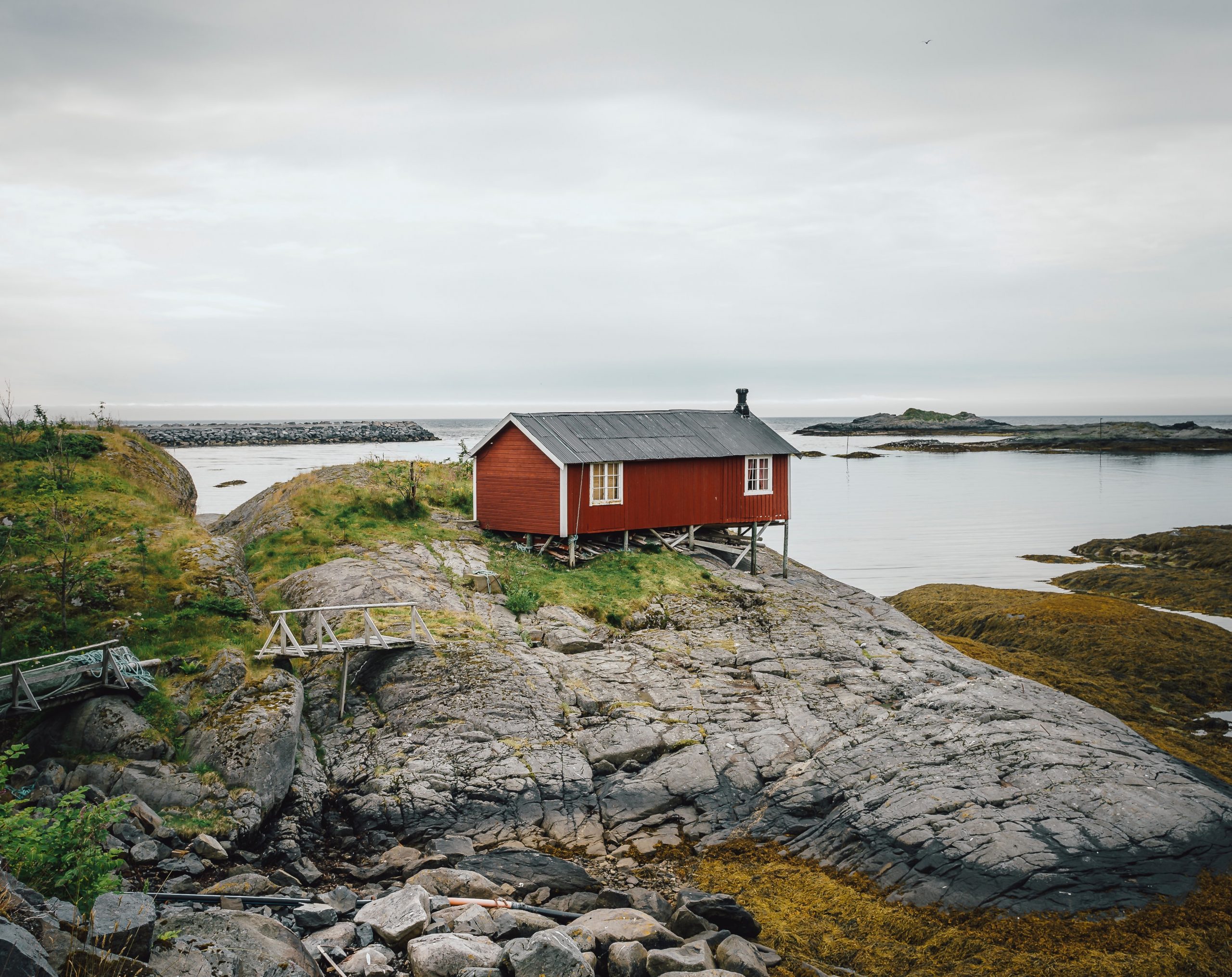 This article is not supposed to be a media-bashing piece but we do have to mention the media’s role in altering a situation’s temporary or permanent nature.

Most bad events are very brief. They happen, cause a stir in some sections of society and evaporate. Many people, however, mistake gravity for continuity.

When it comes to developing a proper minimalist response to negativity, determining the actual duration of a situation is of paramount importance.

This isn’t always possible, but we have to do our best to find out whether a situation will have a highly negative short-term impact or a smaller, but more prolonged effect in the long run.

As an example, most natural disasters have devastating effects for a couple of days, weeks or even months. I was in Japan just after typhoon Jebi hit in 2018. It was one of the strongest tropical cyclones in years and caused 17 fatalities.

And yet, a couple of days after it hit, Japan was functioning again. The impact on my trip was zero, and most Japanese had already forgotten about it a year later.

Don’t get me wrong, I don’t want to downplay the magnitude of a destructive storm. I would, however, stress the fact that an event like this, especially in countries used to natural disasters, won’t acquire a long-lasting presence in people’s minds.

Certain events, on the contrary, don’t seem horrendous as such, but they can spark utterly unspeakable situations over time.

Franz Ferdinand’s assassination in 1914 wasn’t the only reason the First World War started but it was the fuse that lid the pile of dynamite on which Europe was sitting.

In itself, the murder of the heir to the Austrian throne was a heinous crime, but not a declaration of war. The event, nonetheless, triggered a chain reaction that led to the death of around 40 million people.

How to react to temporary or permanent situations

Certain events are atrocious but their aftermath doesn’t last very long. Other situations may not seem dreadful on the surface, but their long-term consequences can be far-reaching.

This is why our reactions should take an event’s temporary or permanent nature into account. If the event is temporary, we should adopt a short-term reaction – acknowledge it, measure its impact on our lives, and move on.

If an event could have a more permanent effect, we ought to prepare for the long-term consequences without panicking or envisioning an apocalyptic future. 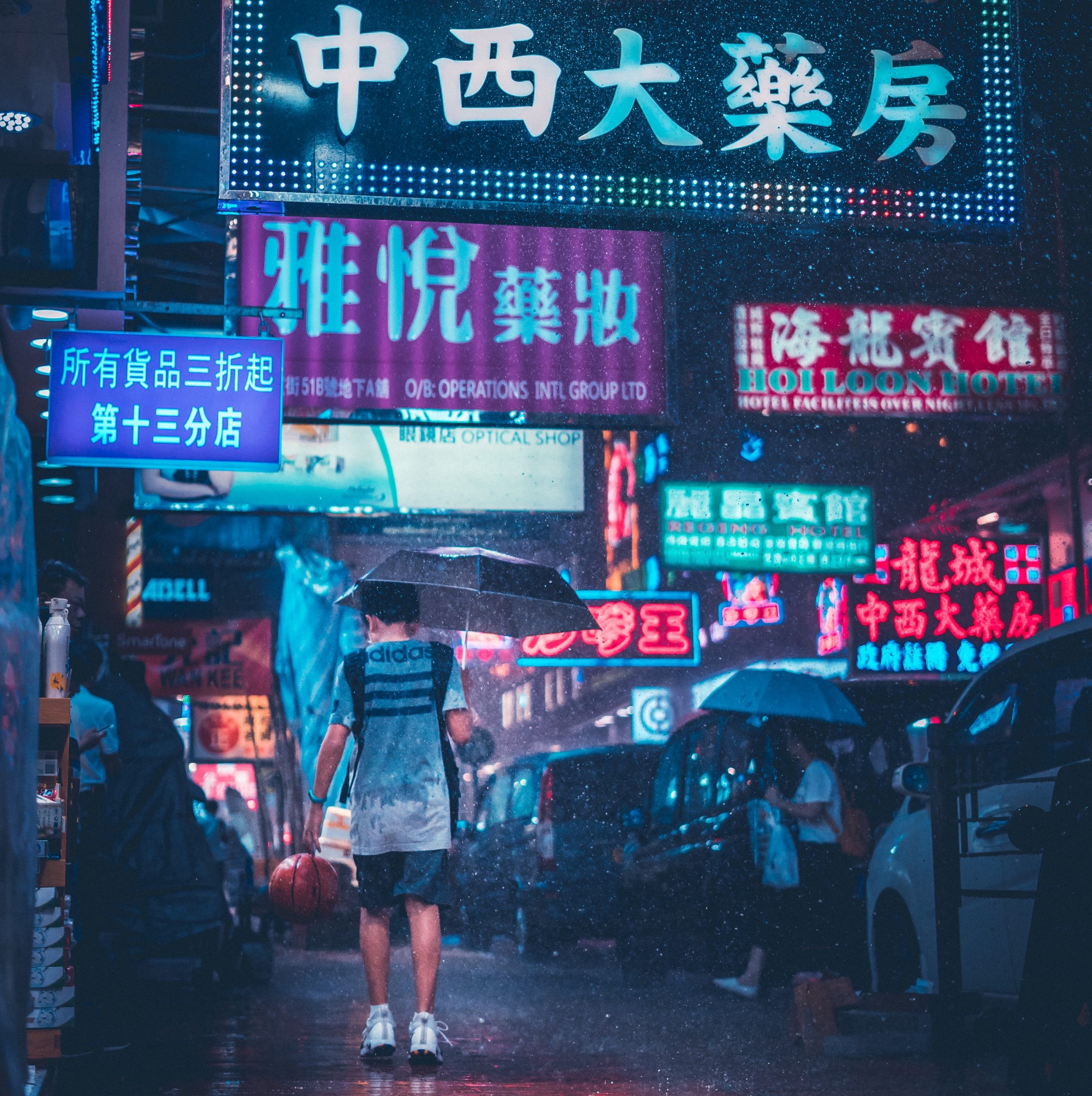 4. Ask yourself what you can do to influence the situation

Is there anything you can do to counter the effects of a negative external situation?

If a disease is gripping the world, the best you can do is to follow the health authorities’ advice on how to contain its spread. If someone you know experiences difficulties in life, you can listen, help, and do your part without being sucked into negativity yourself.

If you want to combat poverty or hunger around the world, give a few donations every year. Even the smallest positive acts can help people who are directly impacted by negative circumstances.

If there is absolutely nothing you can do, the situation might not be as important as it seems. Accordingly, you might have to re-evaluate your reaction.

If your actions have zero effect on the event in question, you should probably refrain from reacting and prioritize other endeavors.

5. Remember: “You have the power over your mind, not outside events.”

This powerful Marcus Aurelius quote is one of the best mantras for reacting to outside events. It sums up what a minimalist response to external negativity should be based upon.

In essence, most things that happen are outside of our sphere of influence. We don’t control the death of loved ones, the brunt of natural catastrophes, or the course of epidemics.

What we do control is our mind. We have the power to react in a certain way. We should, therefore, focus on reacting adequately – that is, according to logic, intelligence, and proportionality. 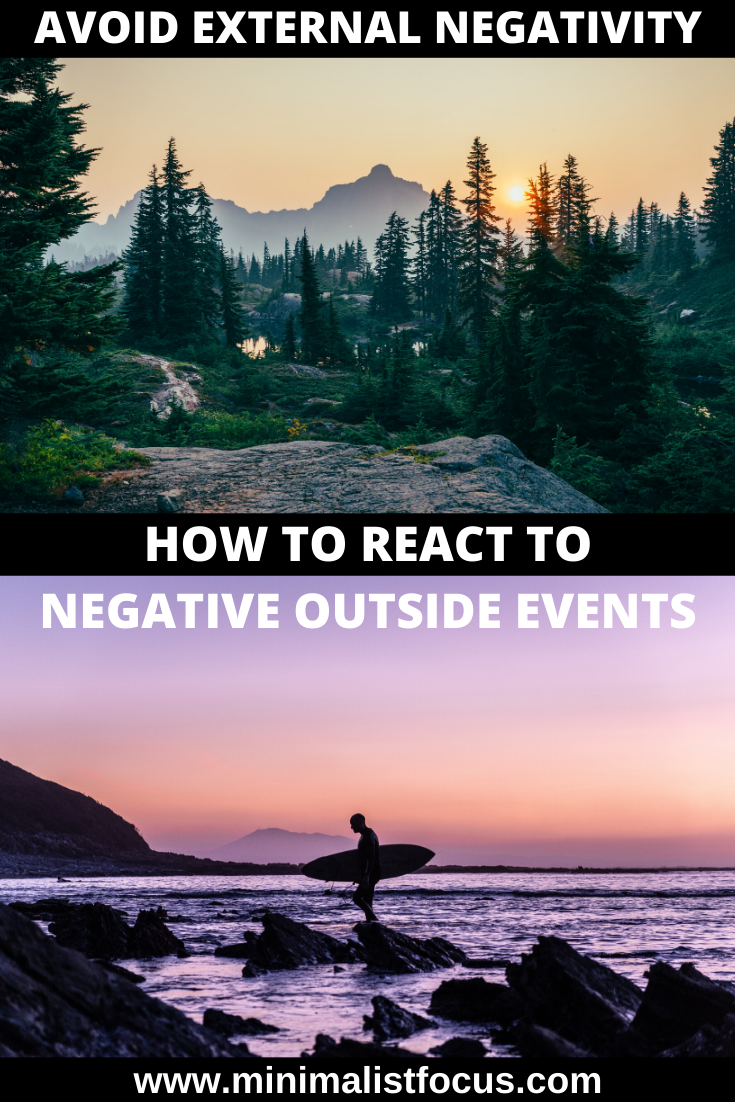