5 Ancient Tactics That Can Help You Become Calmer Every Day

In today’s uber-connected world, calmness is a genuine superpower. We are always busy with work and trying to juggle our commitments. Seldom are those moments during which we take a step back and become aware of the moment.

In short, mindfulness is rare, and being calm isn’t the norm.

That’s where the following habits come into play. In many ancient cultures, calmness was a virtue. And those age-old techniques are still practicable today.

Tactics to become calmer every day

By prioritizing calmness daily, you can progressively alleviate your stress factors and reduce your worries. In other words, calmness-inducing rituals will help you become more focused, grounded, and attentive.

On this basis, here are five ancient tactics that can help you become calmer every day.

The first ancient technique that can boost your calmness comes from the Stoics.

The Stoics were famous for their realistic approach to challenges. As such, they didn’t preach optimism but founded a concept called “negative visualization.”

In the words of Marcus Aurelius,

“Begin each day by telling yourself: Today I shall be meeting with interference, ingratitude, insolence, disloyalty, ill-will, and selfishness – all of them due to the offenders’ ignorance of what is good or evil.”

Instead of endlessly repeating positive platitudes, prepare for the worst. You might think that visualizing the worst possible outcome will create a negative atmosphere, but the opposite is the case.

If you set your mind up for the worst that can happen, you don’t run the risk of being disappointed. You’re already mentally prepared for potential challenges, clearing your mind from unrealistic expectations.

If you, for example, go to a job interview and expect to get it, you fight against your own high expectations.

If you, on the other hand, tell yourself that you’ll do your best, but if you don’t get it, you’ll just apply for other jobs, you’ll have lower expectations. And those will help you become more focused on the task at hand.

To become calmer every day, utilizing moments of solitude is essential.

When Leonardo Da Vinci was working on The Last Supper, he got into the monastery hours before anyone else. He wanted time to be alone with his thoughts to prepare his mind for the mammoth project. In that same vein, he went on long walks alone with his notebook and documented everything that he saw.

Calmness is all about sourcing energy from your mind. And this process works best if you fully benefit from your alone time.

Whether you go on a walk or read a book in stillness, daily decompression rituals are a critical part of boosting your mindfulness.

Many people lose their calmness as a result of comparing themselves to others.

My neighbor has a much better job. That girl on Instagram is better-looking. And in comparison to my friends, I have such a boring life.

We get sucked into the idea that we need to compete with someone wealthier, fitter, and more popular. To become calmer every day, however, there is only one person to compare yourself to: your former self.

The Chinese Taoists famously rejected the idea of always wanting more and comparing yourself to other people.

“Be content with what you have; rejoice in the way things are. When you realize there is nothing lacking, the whole world belongs to you.”

Consequently, stop trying to measure your life with other people’s standards. Once you realize that you have what you need, you’ll achieve a calm state that will help you work toward actual improvements.

During my time in Japan, I took the Shinkansen bullet train several times. The sleek machine does over 200mph and takes you from Tokyo to Osaka in no time at all.

While I was standing at the platform, I noticed something odd. During the boarding process, the train conductor stuck his head out of the window and started talking to himself. At the same time, he pointed toward several spots along the train.

I didn’t think much of it at first. However, when I saw the same ritual again in another station, I became curious. As it turns out, the Japanese call it “shisa kanko” – meaning “checking and calling.” The train conductors are supposed to point at every spot that needs a pre-departure check. They will then repeat the process out loud.

Even if you aren’t a high-speed train conductor, conversations with yourself can have a calming effect. Instead of trying to think your way through tasks and challenges, just take a moment for yourself – and say your thoughts out loud.

By having these self-conversations, you force a calm pause into your routine. And during that pause, you take the time to reflect on your thoughts.

The last habit that will help you become calmer every day is all about controlling your anger.

According to modern Buddhist teachings, you need to control your anger feelings to become calmer.

The Buddhists compare anger management to sitting on a wild tiger. As such, controlling your feelings of resentment is like taming a wild tiger who could eat you up – but will do nothing if you remain calm.

In our daily lives, we constantly face situations that create bursts of anger. We are stuck in traffic, and someone drives like a hooligan. Our boss takes his stress out on us. And after an exhausting day, we simply have no more nerves for the cashier’s small talk.

Whenever you face those little sparks of anger, remember the tiger. You are sitting on a wild beast that can eat you alive if you excite it. If you remain calm, on the other hand, you’ll get off the tiger, and it won’t harm you.

This article was originally published on Medium. 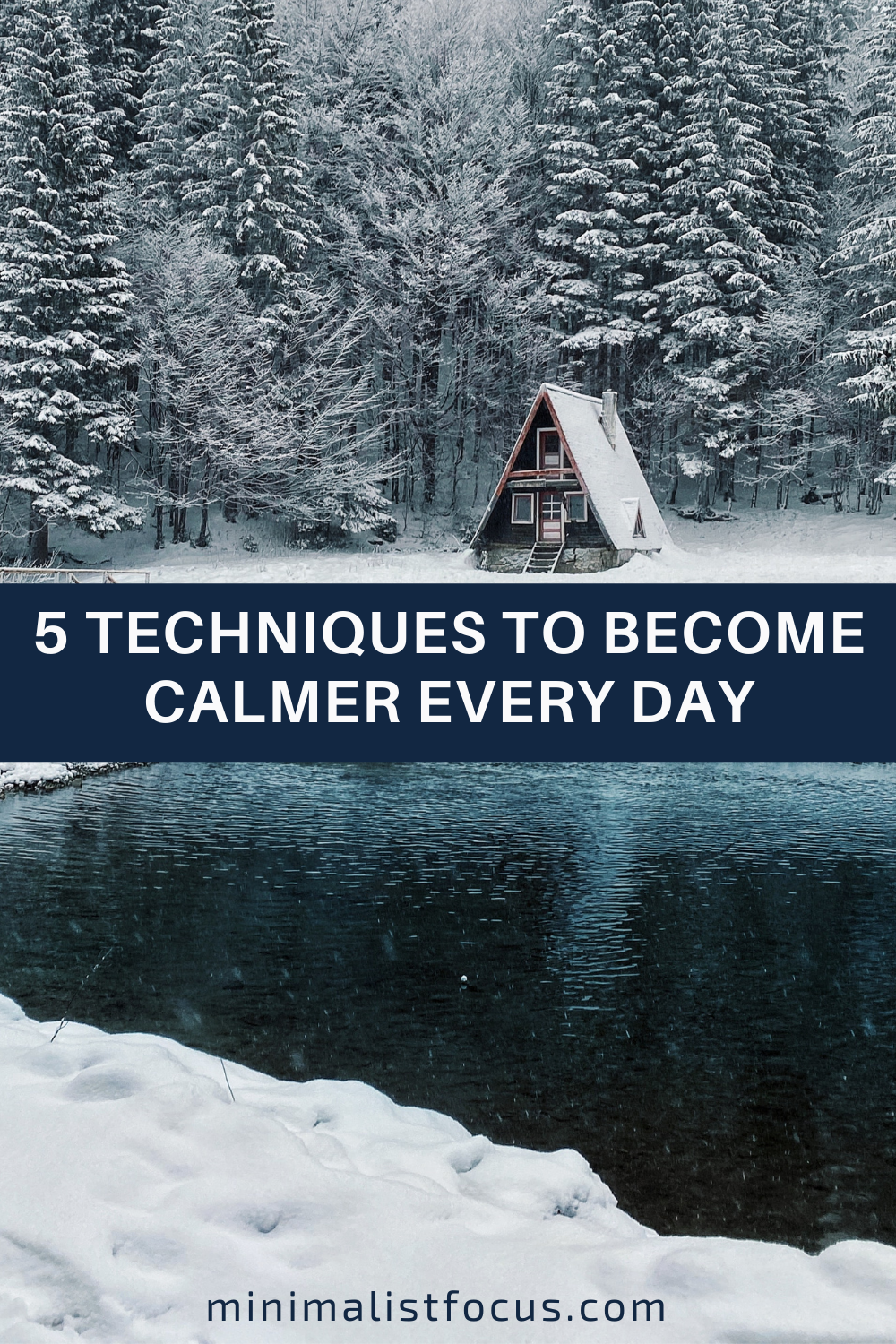