2020 has been an eventful year. With all the storms that blew in different directions, books were a great companion. On this basis, here are the ten best books I read in 2020.

In 2020, I read a total of 56 books. By comparison, I only read 44 books in 2019, but this year’s lockdowns – coupled with a reduction in travel – provided more reading opportunities.

The following are my favorite reads from the year. To be specific, most of these books didn’t come out in 2020, but I read them throughout the year.

In terms of reading habits, I usually read three books at the same time:

The separation allows me to read a lot of books without feeling tired or bored. By switching regularly, the topics don’t lose their appeal.

Without further ado, here are the best books I read this year in no particular order.

Academy Award winner Matthew McConaughey is one of my favorite actors. When I heard that he was releasing an autobiography, I was thrilled.

The book is a compilation of the actor’s notes on life, success, acting, family drama, and other lessons.

In the words of McConaughey himself:

“I’ve been in this life for fifty years, been trying to work out its riddle for forty-two, and been keeping diaries of clues to that riddle for the last thirty-five. Recently, I worked up the courage to sit down with those diaries.“

After some alone time in the desert, Greenlights emerged.

One of my favorite parts of the book is when the Dallas Buyers Club star explains his 20-month acting hiatus.

At some point, his “rom-com” phase failed to deliver inspiration, and McConaughey wanted to spend more time with his son. He took a break from acting and changed his approach.

With new priorities and a better lifestyle, McConaughey sought more challenging roles. The rest is history.

Greenlights by Matthew McConaughey on Amazon

Tribe of Mentors: Short Life Advice From The Best in The World – Tim Ferriss (2017)

If you follow this blog, you’ll know that I am a massive fan of Tim’s work.

The 4-Hour Workweek was one of my primary inspirations to become a digital nomad, and Tools of Titans helped me build better habits.

This year, it was time for Tribe of Mentors.

The book has a straightforward concept. Tim confronts a diverse set of world-class performers with the same eleven questions.

Whether you want to know Ben Stiller’s ice bucket habits, Susan Cain’s origins as a writer, Tony Hawk’s early failures, or Ray Dalio’s advice for ambitious college students, Tribe of Mentors offers a plethora of wisdom and anecdotes. For more tips, check out this book recommendation list by Tim Ferriss himself.

Tribe of Mentors by Tim Ferriss on Amazon

The highly-anticipated first part of President Obama’s memoirs came out this year and took the world by storm.

With never-ending press coverage and countless positive reviews, my expectations were high.

From Obama’s days as an almost broke social worker to his political ascent, the memoirs cover a wide range of trials and triumphs in Obama’s life.

Personally, Obama’s rise was the most enticing part of the book. His journey to the top is remarkable, and his historic election as the first non-white president of the United States is unparalleled.

When he talks about the presidency itself, it becomes a bit more work-focused, with a lot of details on the ins and outs of the White House.

All in all, Obama’s A Promised Land is an excellent read and undoubtedly one of the literary highlights of 2020.

A Promised Land by Barack Obama on Amazon

So Good They Can’t Ignore You: Why Skills Trump Passion in the Quest For Work You Love – Cal Newport (2012)

Computer science professor Cal Newport is an acclaimed productivity author and one of the proponents of “digital minimalism.”

After reading his two bestsellers Digital Minimalism and Deep Work, I picked up his earlier work So Good They Can’t Ignore You and thoroughly enjoyed it.

The message of the book is simple: looking for your passion is a futile quest. Instead, try to build skills that will set you apart from the rest.

Once you’re “so good that they can’t ignore you,” you’ll excel at what you do and find your passion by being remarkable.

I first read Huxley’s classic in high school and re-read it this year.

In a year with lots of changes and turmoil, Huxley’s dystopia is both refreshing and worrying.

The story of a futuristic world state with environmentally engineered subjects who work, live, and die according to a system of castes is a disturbing tale but also highly entertaining.

Brave New World is an incredible piece of literature in many ways.

First, its critique of mass production, “Fordism,” and homogeneity is still relevant in today’s society. The book was written in the 1930s – when fascism was on the rise – and naturally draws inspiration from these movements. Even though times have changed, some of Huxley’s messages still hold up today.

Secondly, dystopias are always a tricky balancing act. In this context, not many writers find the perfect mix between creating exaggerated fiction and incorporating elements of modern society. Huxley does.

Stoicism experienced a renaissance in recent years, and Ryan Holiday was one of the protagonists.

In Stillness is The Key, Holiday describes the ancient weapons of meditation and mindfulness with vivid examples and lots of practical advice.

Stillness is the power to remain calm and poised when the world around you crumbles. And in times of trouble, this facility can become lifesaving.

Stillness is The Key by Ryan Holiday on Amazon

Yuval Noah Harari is known for his revolutionary history book Sapiens, but 21 Lessons For The 21st Century is an equally captivating read.

In his 2018 bestseller, Harari assesses some of today’s most pressing issues like Big Data, job market transformations, and AI.

In this context, the Israeli author champions emotional intelligence, a willingness to adapt, and mental resilience – because one fact is indisputable: the 21st century will bring massive changes to our lives.

As a result of the latest Bond installment’s endless delays, I decided to pass the time by going back to the roots – Ian Fleming’s novels.

In this context, From Russia With Love is undoubtedly one of the best spy thrillers ever written.

The adventures of Fleming’s Bond – a chain-smoking, violent, unruly Cold War dinosaur – are escapism at its finest, and From Russia With Love captures this dark 50s atmosphere brilliantly.

In this book, Bond faces off against SMERSH, the Soviet secret service that terrorizes the world and sets up shop in Istanbul, an espionage hotspot during the Cold War. The intriguing villains, the actioned-packed fights, and the agent himself are all reasons why I love Bond’s source material.

Fun fact: one of the reasons why From Russia With Love – the fifth Fleming novel – was adapted into a movie right after Dr. No is that President John F. Kennedy publicly called it “his favorite Bond book.”

From Russia With Love by Ian Fleming on Amazon

Small Giants: Companies That Choose to Be Great Instead of Big – Bo Burlingham (2005)

Small Giants was one of the best business books I read in 2020.

As such, these companies focused on solidifying their model and on becoming great without being enormous.

Excellent for aspiring entrepreneurs, Small Giants showcases how a company can achieve greatness without following the “grow exponentially” dogma.

Finally, one of the best fiction books I read in 2020 was Brit Bennett’s Vanishing Half.

The story about two twin sisters who grew up in a southern black community in the 1950s but later escape to different destinations is an electrifying tale with lots of turns and twists.

The novel combines family dramas with various episodes of African American history, creating a refreshing perspective in a crowded niche. Better still, Bennett’s book explores how our past impacts our thoughts, feelings, and decision-making processes.

The Vanishing Half by Brit Bennett on Amazon 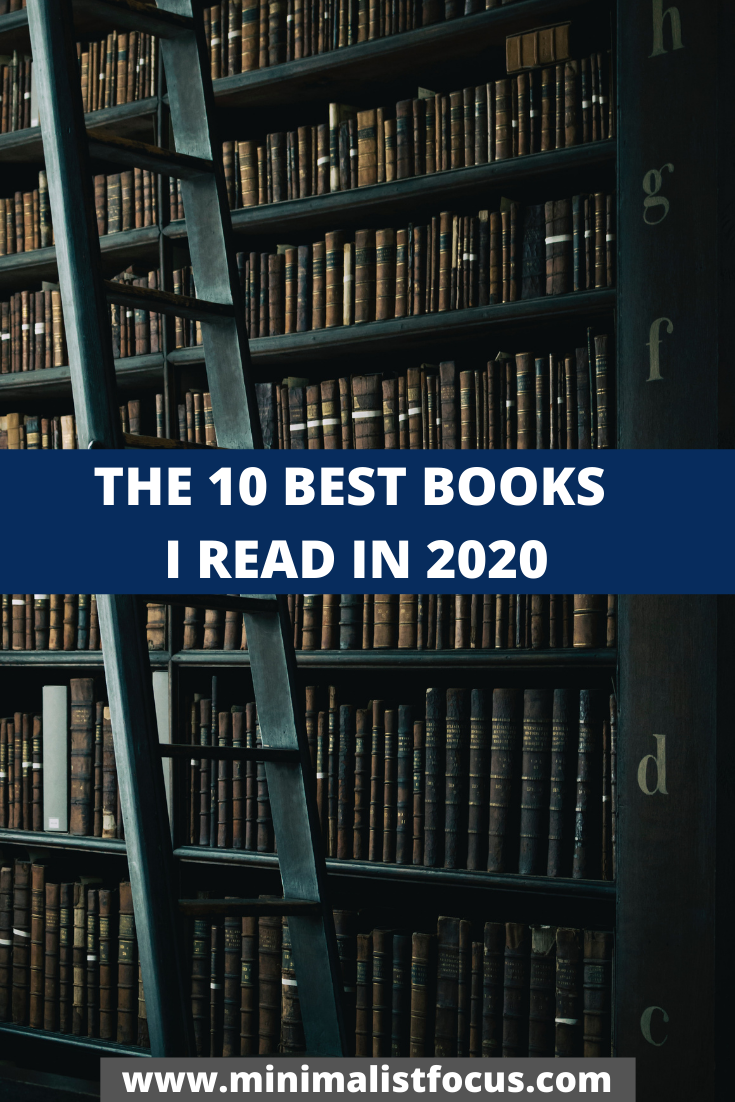