A No-Nonsense Guide on How to Make Minimalism Work

Many people see minimalism as a trendy lifestyle choice. Much like eating vegan or driving an electric car, people buy into the idea of “living with less.”

All well and good, but that’s not how minimalism works.

In the real world, minimalism isn’t some 30-day challenge. Of course, you can try out minimalism for 30 days and get rid of vast portions of clutter.

However, without the right long-term mentality, the benefits will be minuscule.

Let’s compare minimalism to a diet. We all have that friend who does a super low-carb keto diet for 30 days and gets impressive results. After another 30 days, the results are gone. And the reason is simple: a radical diet doesn’t work in the long run. You need a realistic plan to keep eating clean over many months.

How to make minimalism work in the real world

The same applies to minimalism.

Getting rid of everything in a few weeks won’t work — because it’s not a viable long-term lifestyle. That’s where the following principles come into play.

By committing to a realistic version of minimalism, you can utilize a minimalist approach to improve your life.

On this basis, here is a no-nonsense guide on how to make minimalism work.

Defining your goals as a minimalist

If you’re serious about simplifying your life, the first step is to define goals.

Why do you want to have less stuff? What’s the point of spending less money? And most importantly, what are your long-term objectives?

Personally, it was a lifestyle change. When I quit my job to travel the world in 2019, it was clear that I needed to get rid of around 70 percent of my possessions.

The goal was to make a long-term travel lifestyle feasible. As such, my minimalism had a purpose. That helped me let go of sentimental items and forgo some of the perks I had become used to in the corporate world.

The main challenge resides in knowing the why of your minimalism. Like any endeavor, your motivation will determine your willingness to commit. And that’s why you need a set of goals that will keep you on track in the long run.

Once your goals are defined, it’s critical to build realistic habits.

You might want to become a minimalist for financial reasons. You want more money at the end of the month, and you’ve decided that buying less is the best way to get there.

In theory, it sounds simple. Just buy less stuff and save money. In the real world, however, we all have bills, commitments, and takeout food that we really enjoy. On a similar note, we don’t want to wear the same t-shirt every day.

That’s why we need to assess how realistic our minimalism is.

For most people, cutting their monthly spending by 20–30 percent is unrealistic. For others, it’s doable.

First, you have to find out how much you can actually let go of without becoming a monk. If your garage is full of stuff, you won’t get rid of everything in a few days. In that same vein, if you have ten different subscriptions to pay every month, you won’t cancel all of them tomorrow.

As with many personal growth endeavors, the secret is progressive overload — or a salami technique.

The term “salami method” can be used in many different contexts.

According to Wiktionary, it’s:

“The reaching of a goal by small, consistent steps.”

In simple terms, minimalism can work wonders in your life if you progressively apply it.

You start small by organizing your desk. You then declutter your office. And a few weeks later, you’ll be getting your entire house in order.

Instead of seeing minimalism as this trendy holistic lifestyle — the salami, you gradually cut slices off and apply them to your life.

It will take time — and the results won’t be instant, but long-term, you’ll reap the benefits, and your minimalism will work in everyday life.

Understanding the correlation between physical and mental decluttering

Another crucial point when it comes to real-life minimalism is the connection between mental and physical decluttering.

In this regard, decluttering only works in conjunction with the right mindset. If you don’t know why you want a more organized house and fewer possessions, you won’t have any incentive to continue.

That brings us back to the goals of minimalism, but there is more.

Once you realize that minimalism is the key to living intentionally, you can apply the lessons of letting go of stuff to other aspects of life. You’ll start to be more intentional at work, in your personal life, and in your general decision-making.

You’ll always analyze the merits of your decisions — and you’ll be less likely to jump on hype trains or make impulse choices.

To conclude, minimalism is all about designing a lifestyle that suits you.

It’s not about having a beautiful home or spending less money. Those aspects can be direct consequences of minimalism, but they aren’t at the core.

The primary benefit of being a minimalist is that you regain control over your life in various ways. Your decisions — in consumption, professional choices, and activities — form a lifestyle that adheres to your values and priorities.

In the end, you’ll slowly craft a lifestyle that will lead to long-term satisfaction. 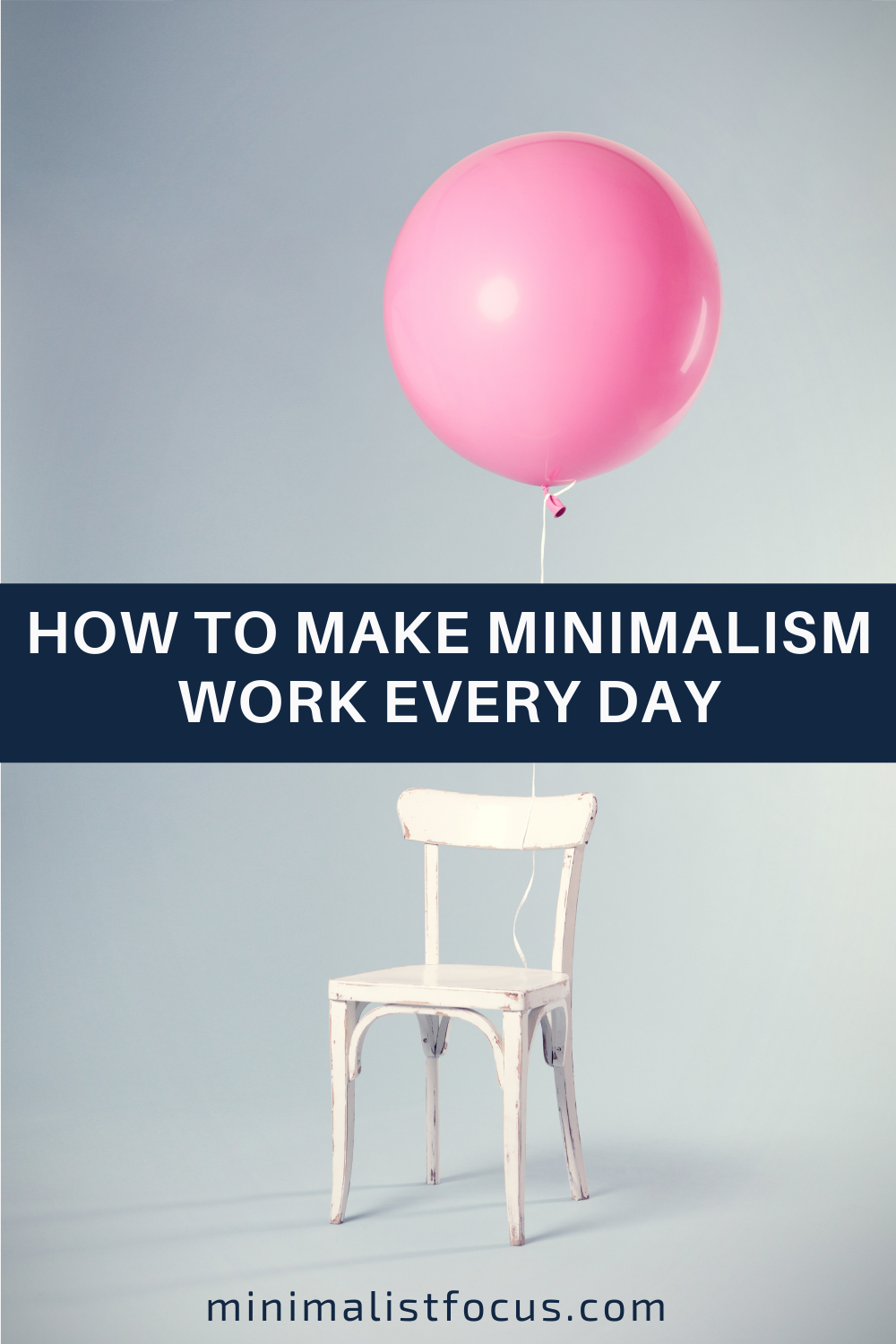