How Fresh Starts Can Take Your Life to The Next Level

When we feel distracted, directionless, or uninspired in our endeavors, fresh starts can work magic. As such, new beginnings can reinvigorate our efforts. No matter if you’re adopting new habits, working on a creative project, or improving your physique, a fresh start can provide impetus in times of trouble.

Fresh starts are much more meaningful than New Year’s resolutions.

We all know the drill. We eat a lot during the holidays, feel guilty, and decide to buy a gym membership on January 1st.

In most cases, people who take on fluffy engagements at the start of the year fail to build habits that work in the long run and revoke their January resolutions around March.

If you commit to a fresh start, you decide to push the reset button. You start anew with a clean slate. You don’t add one or two bland ideas to your life – you restart.

Areas in which fresh starts can work magic

The power of fresh starts comes to fruition in various aspects of life.

On this basis, here are three areas in which fresh starts can take your life to the next level.

The first area in which fresh starts can work magic is habit building.

In the words of Plato,

“The beginning is the most important part of the work.”

Adopting a new habit is an uncomfortable endeavor. We are used to eating junk food, getting up late, and procrastinating on work. We won’t break these habits with minor tweaks. We need fresh starts.

Consequently, instead of trying to fix a broken habit like too much junk food with less junk food, start anew with no junk food.

If you’re used to eating unhealthy for three days a week, you might say to yourself: “one less day of bad food will revamp my diet.”

However, because you are not committing to a new habit – merely trying to adapt an old one – you lack mental incentives that will lead to long-term success.

Remembering Plato’s quote, if you’re conscious of being at the beginning of a new stretch of habit building, you realize the importance of the moment. And this recognition will kick-start your motivation to stick with the new habit.

The power of new beginnings is crucial in the context of adopting new mindsets.

Much like habit building, half-hearted adaptations won’t work if you want to take your life to the next level.

Many people see success stories on the internet and don’t believe them.

The ugly duck who turned into a swan by going to the gym and improving her diet. The former office employee who became financially independent with an online business. Or the shy kid next door who suddenly started traveling the world.

These stories seem unreal on the surface, but many people fail to grasp one critical component.

The people who change their lives around always start with a fresh attitude.

They don’t have one or two vague ideas in their head – they adopt a fully-renovated mindset.

Consequently, to improve your health, professional life, relationships, or discipline, you need the right attitude. And if your current thinking patterns are flawed, a few adjustments won’t suffice. You need a new mindset.

Whatever project you’re undertaking, commence with a blank mind. Get rid of previous assumptions, and start with new mindsets. You’ll feel fresh and rejuvenated – putting yourself into the best possible position to experience growth.

Whether it’s a new love interest, friendship, or business associate, novel connections can change your life.

First, a new relationship can change the way you see yourself. According to Psychology Today, “you go from you to a new you, one whose self-concept has integrated aspects of your partner.”

In this context, sometimes you need a new vision of yourself, one that can take incomplete elements to completion. And this new vision can emanate from the eyes of a new partner.

We all know that friend who never managed to be on time until his punctuality-obsessed partner helped him break his curse.

The same goes for new friends and business associates.

For those of us who manage small businesses, the addition of a team member can have a substantial effect. Sometimes, a stagnating business just needs a fresh viewpoint.

As an example, an acquaintance of mine runs a pizza joint in Qatar. The customers are mostly ex-pats who order takeaway pizza.

In the first few years, his turnover was ok, but not great. Because almost nobody would consume their pizza at the restaurant, the business wouldn’t grow.

The restaurant is located in a mostly Qatari neighborhood and doesn’t have an alcohol license. This puts it at a double-disadvantage.

The ex-pats prefer pizza places in hotels where they can have alcohol, whereas the Qataris would prefer different furniture and more choices in tea and local products.

After two years, my acquaintance hired a new manager. The new guy was a 20-something Qatari with experience in running coffee shops. He made a bold choice.

With the owner’s blessing, he turned the pizza joint into an Arabic coffee shop. The pizza takeaway service became a secondary venture. The Qataris were now frequenting the coffee shop while the usual ex-pat customers were still ordering pizza to-go.

The investment paid off after just six months. Thanks to the new manager’s fresh viewpoint, the business started to blossom.

To conclude, fresh eyes on an existing problem are a powerful tool, making new relationships an excellent illustration of the magic of fresh starts. 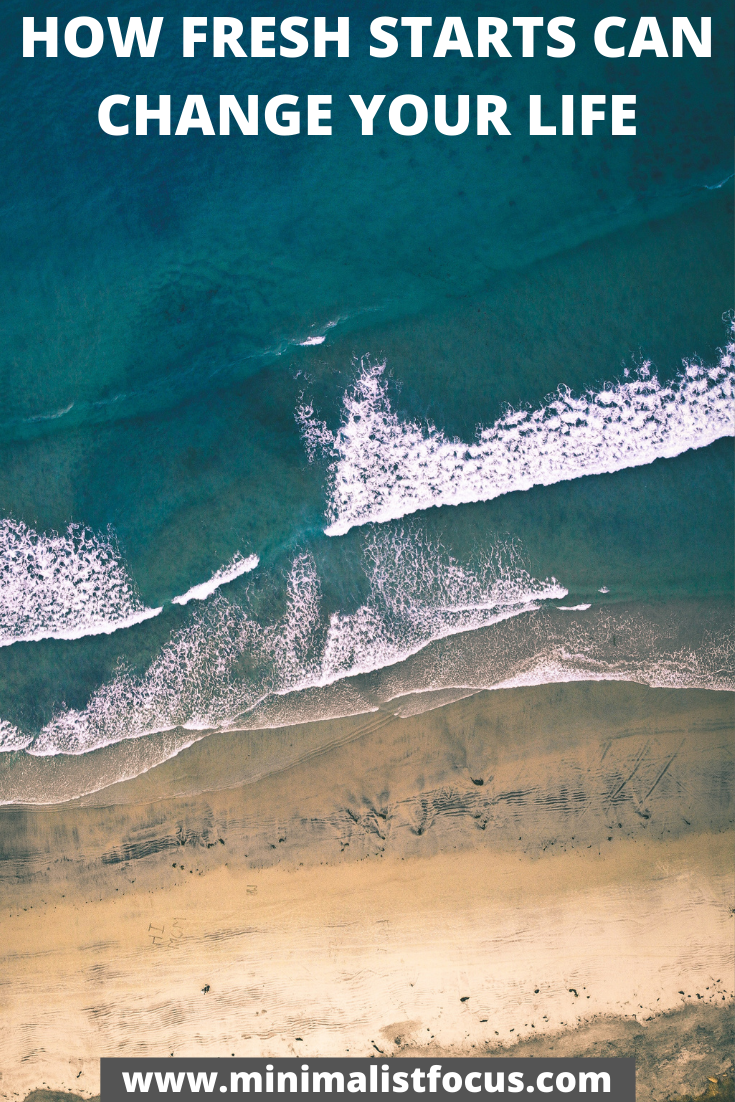