6 Essential Traits of People With a Strong Character

People with a strong character are often intimidating, but they also tend to achieve great things. In this context, many fear the prospect of dealing with a person who doesn’t hold back. Someone who stands up for their values and doesn’t shy away from affirming their beliefs.

They will portray you as “rude,” “standoffish,” or “over-confident.” What many people don’t realize, however, is that a strong character might seem aloof on the outside, but that appearance often reflects a mental fortress.

As such, a solid mental framework will help you chase your goals without external pressure. Better still, it can boost your resilience and self-discipline.

Essential traits of people with a strong character

People with strong personalities aren’t always the most popular, “everybody’s darling” figures, but they possess the tools to advance in life.

On this basis, here are six essential traits of people with a strong character. Thinking in pathways, not excuses

The first trait that sets strong characters apart from the rest is their attitude toward excuses.

We all know the most common ones.

I don’t have time to go to the gym. Launching a side hustle would be great, but it’s too late to start making money online now. I would love to travel, but I have no [opportunities/cash/travel buddies].

People with driven personalities simply don’t put up with these. They will adopt a different mentality. In their mind, excuses are the result of directing your energy toward the wrong areas.

Taking the ever-present excuse of lacking time, you don’t have time. You make time.

In this context, Forbes writes the following:

“When you make a decision and put energy its way, the path will clear as if by magic. Things work out. People back off. A clear path is deterred by no distractions. But time doesn’t suddenly appear; it has to be stolen. It’s stolen from the nonessential. It’s stolen from comfort and luxury. Steal moments every day to put energy into what you know you’re here to do.”

Consequently, if you want to build a strong character, ask yourself where you’re directing your energy.

Are your decisions building a pathway or opening up space for excuses?

The next habit of people with strong characters is their rejection of small talk.

Pseudo-celebrity X is dating pseudo-celebrity Y. It’s hot and humid in Florida today, like every other day of the year. And, what a surprise, the traffic in LA was horrible.

While isolated spells of chit-chat might seem innocent on the surface, they can take up a lot of time and energy in the long run. If you commit to five minutes of small talk at every turn, you’ll end up with an hour of meaningless conversations every day. And that’s what people with strong characters try to avoid.

In the words of Lifehack:

“If you have a strong personality, you have a lot of ideas. You do not want to waste time talking about people when you could be changing the world.”

Acting according to personal convictions, not external pressure

One of the most straightforward ways to distinguish a strong from a weak character is to analyze the basis of their decisions.

Some people will make choices as a result of external pressure or outside interference. You go to college and study X because your parents expect you to. You take that soulless job because it’s “what everybody does.” And you don’t take on unconventional challenges because no one will approve of it.

In simple terms, strong characters don’t need anyone’s approval, and they don’t crumble in the face of external pressure. They act according to personal values because those are permanent – while social confirmation and outside forces come and go.

Listening and being assertive

One of the most significant elements of a strong personality is the ability to listen – while also being assertive.

Many people don’t know how to deal with resourceful characters because they will stand their ground. In other words, they won’t behave like sheep.

However, being resolute and asserting your beliefs is only one piece of the puzzle that makes a strong character. If you want to build a genuinely resilient personality, you need to combine this assertiveness with empathy.

As such, the most resourceful characters know how to listen, accept other views, and don’t see the world in black and white. They have personal beliefs – and they aren’t scared to share them, but they don’t consider themselves omniscient.

Accepting mistakes without drowning in self-pity

The next crucial part of having a strong personality is your attitude toward mistakes and failure.

Failure is a natural part of life. Nobody succeeds 100% of the time, and everybody makes mistakes.

A strong character will accept the fact that wrong decisions happen and that there is only one way to react:

Self-pity, endless pondering, and living in what-if scenarios aren’t going to help build a resilient mentality. They will only hamper your productivity and deteriorate your mental wellbeing.

As such, if you want to bolster your mental backbone, check your mindset in relation to failure and mistakes. Accept that nobody is perfect, and utilize your imperfections to gradually improve in the future.

Focusing on crafting their own path

Finally, the last primary trait of rock-solid characters is that they commit to going on personal journeys.

In other words, they know that life is a never-ending voyage and that they need to find their own path.

We all have dreams, aspirations, and goals. We have a vision of what we want from life and what kind of lifestyle we desire.

Strong characters will try to align their short-term habits with these long-term goals. Failures won’t derail them because they know that in the long run, their personality will help them move forward.

Are you a strong character? If you haven’t built your mental fortress yet, start with simple steps, and you’ll progressively realize that being a permanent people-pleaser will get you nowhere. Mental strength intimidates some people, and that’s the point.

If we embark on a journey to become better versions of ourselves, there will inevitably be people who prefer the old, weak version because that version is easier to take advantage of.

This article was originally published on Medium. 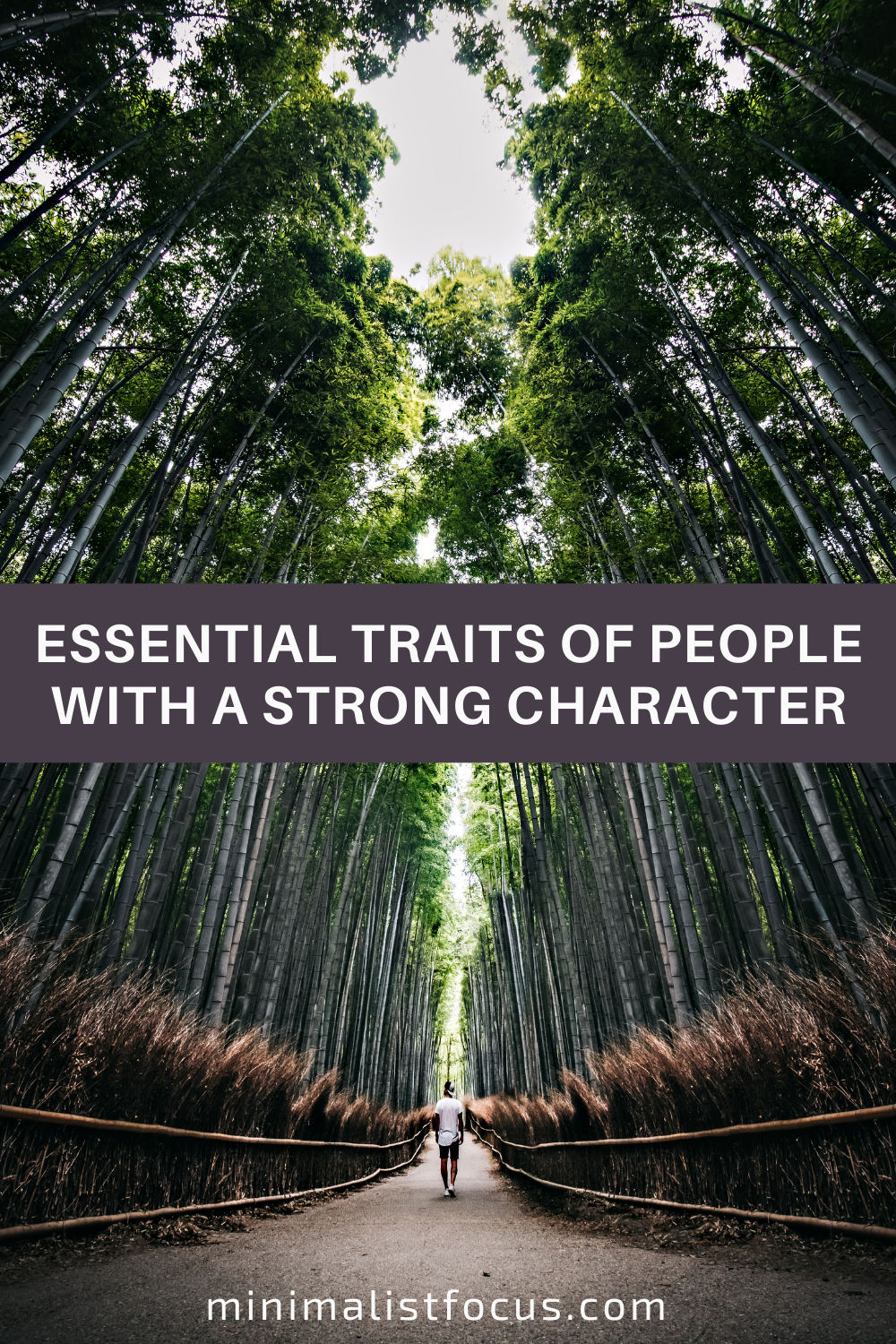